After some of the best and most exciting football we have seen Lincoln City play in this trophy competition, we’re finally on the boat and whiling away the time on Wembley Eve! The highs and lows, the euphoria and my tears when penalties against Chelsea Academy were looming have all led to this moment…. which I can assure you, is better than Christmas!
However, we’re not in the moorings at Doncaster, we’re still in the marina…Robert Burns knew a few things when he said that the best laid plans of mice and men often go awry!
The plan was to leave a few days early, cruise to Doncaster and catch the train from there. Accordingly, our train tickets to London had been booked from there are a 9.15 train posed no problem, as we’d be moored right outside, right? Wrong!
The Aire rose steadily over the Easter weekend and the already saturated ground showed no sign of assisting with the water levels. Accordingly, the flood locks across the Aire and Calder were closed and all we could do is watch the rising level and the days slip away until we’d passed the point of no return;by Thursday we knew that our window had passed….the river levels had scuppered our plans. CRT had a little giggle though and opened the flood gates yesterday!
So here we are, at the boat, just a little further from the train station than we’d planned, but still, it’s Wembley Eve! 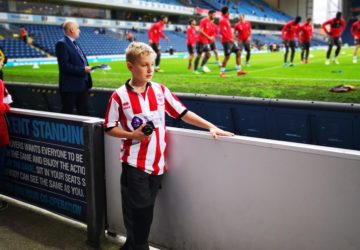 As the weather and our engine woes only took us 2 hrs from the marina yesterday, morning at Medge Hall mooring was […] 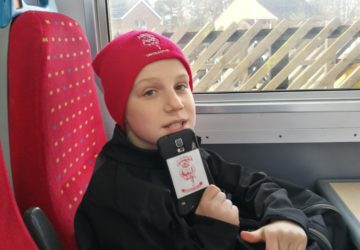 Whoa, We’re Lincoln City!! I woke up singing that this morning! We’d pretty much decided that we were going to get the […]